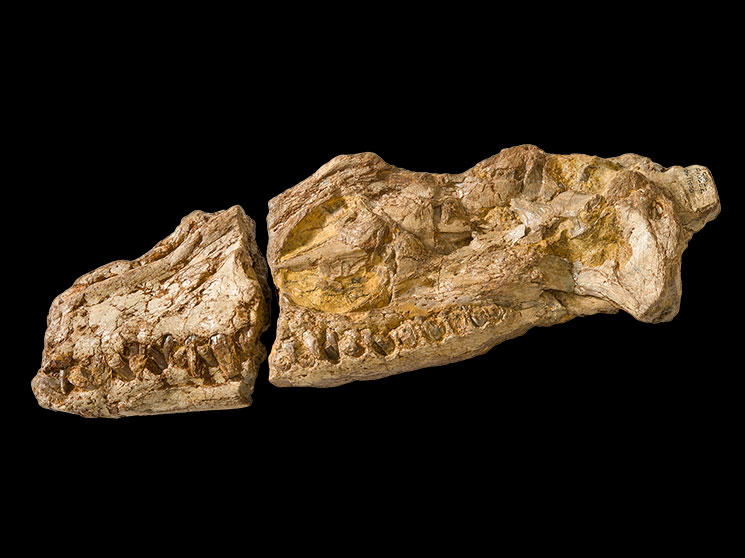 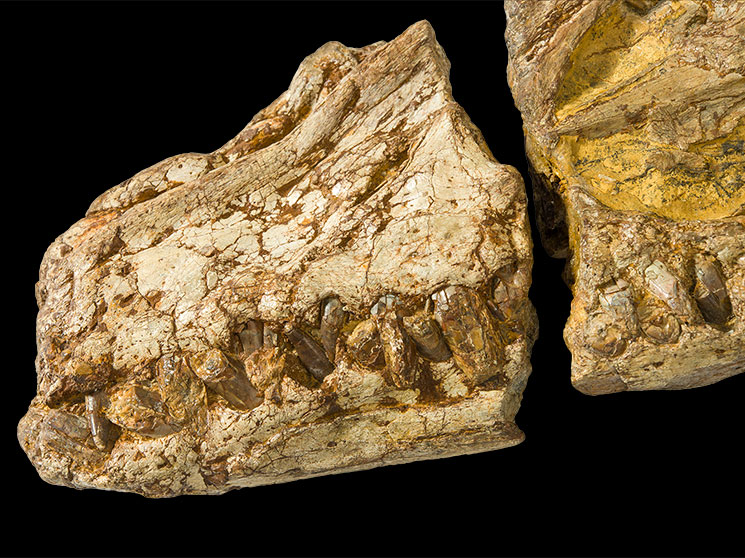 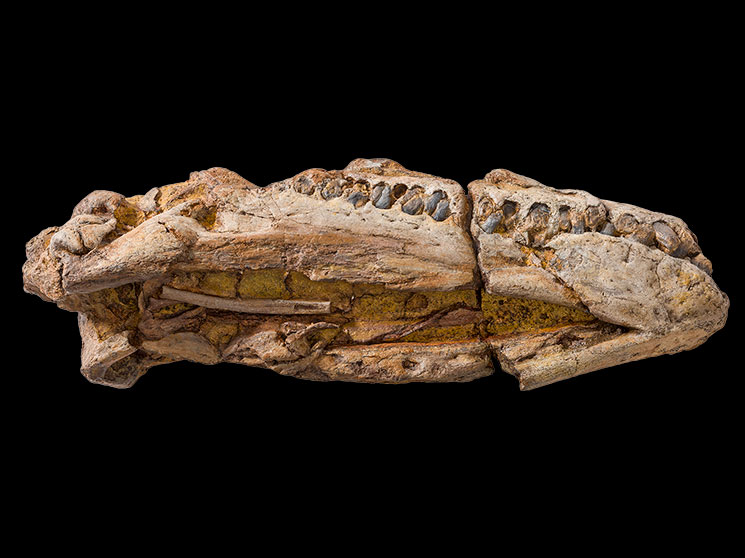 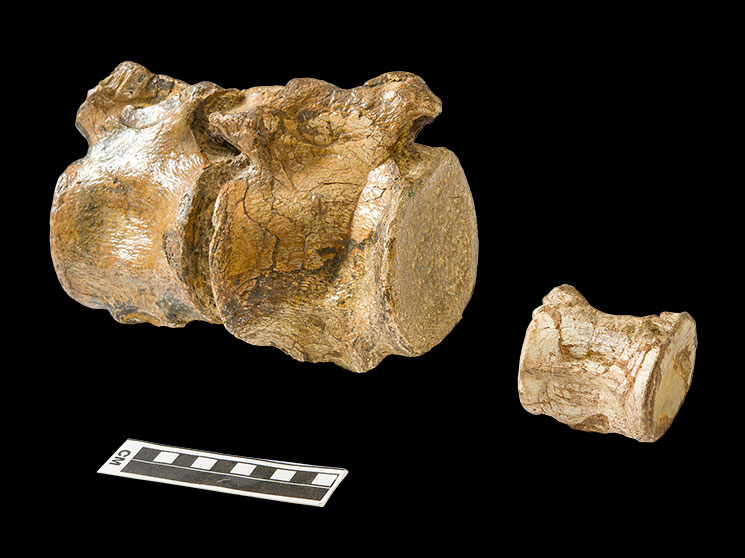 I am an elasmosaur, a type of plesiosaur with an extremely long, slender neck. Some elasmosaurs had more than 70 vertebrae in their necks, more than any other type of animal, but I had limited neck flexibility. I am known from a single skull and a small number of associated neck vertebrae. This skull is crushed but complete, with the lower jaw still in place. Teeth marks on the skull are thought to be evidence of an attack by a large predator, possibly a Kronosaurus.

How big was I?
I was about 9.5 metres long, which is as long as two giraffes head to toe at Australia Zoo.
When did I live and what did I eat?
I lived during the Cretaceous period, about 100 million years ago. I ate marine animals, such as fish and squid.
Where was I found?

My skeleton was found at Maxwelton, western-central Queensland. Part of my skeleton—a piece of my skull—was found by Mr Noonan, while another part of my skeleton—the tip of my snout and the vertebrae—was found by Queensland palaeontologists Ralph Molnar, Tony Thulborn and Mary Wade. It was only later that it was realised these specimens were from the same animal. My fossils have only been found in Queensland.

About my name
I was named by palaeontologists Ben Kear (genus) and Sven Sachs (species), Eromangasaurus australis, referring to the Eromanga Basin where my fossils were found, and australis meaning “southern”.
What makes me special?
While fossil remains of plesiosaurs are relatively common in Cretaceous marine rocks in Australia, I am the only Australian elasmosaur with a near complete skull.
Where can you find information on me?