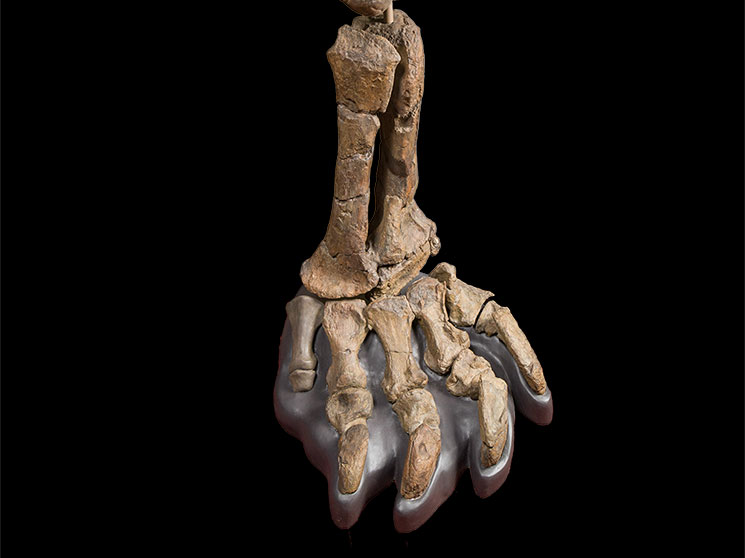 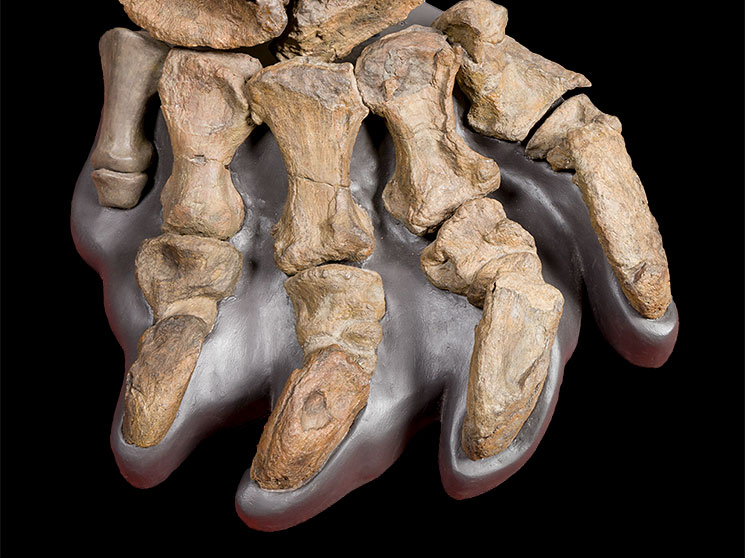 I was a medium-sized sauropod dinosaur, and my fossil is the only dinosaur skeleton known from the Jurassic period in Australia. Like other sauropods, I had a long neck that allowed me to browse vegetation that was beyond the reach of most other herbivores. My fossil’s skeleton has some features that share similarities with the very earliest sauropods. For example, my fossils showed that I had four claws on my hind foot, while later sauropods only had three.

How big was I?
I was estimated to be 12 metres long, which is as long as a Brisbane City Council bus.
When did I live and what did I eat?
I lived during the Jurassic period, about 160 million years ago. I ate plants, probably seed ferns, true ferns and conifers.
Where was I found?

My skeleton was found at Taloona Station, north of Roma, where the Traditional Owners are the Mandandanji people. My bones were brought to the attention of the Queensland Museum by Mr Thomas Jack and Mr M C Wood.

About my name
I was named by Queensland Museum Director Heber Longman. My name Rhoetosaurus brownei, refers to Rhoetus, a figure in Greek mythology, and Arthur Browne, who sent my first fossil bones to the Queensland Museum.
What makes me special?
I was the first partially complete dinosaur discovered in Australia. My skeleton is by far the most complete of any Jurassic dinosaur known from Australia. I have only been found in Queensland.
Where can you find information on me?

You can find a replica of my hind leg on display in the Lost Creatures Exhibition, Queensland Museum.