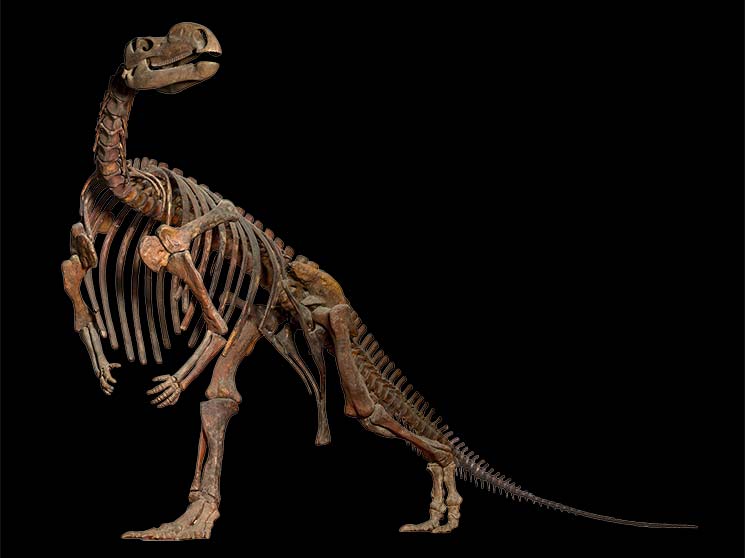 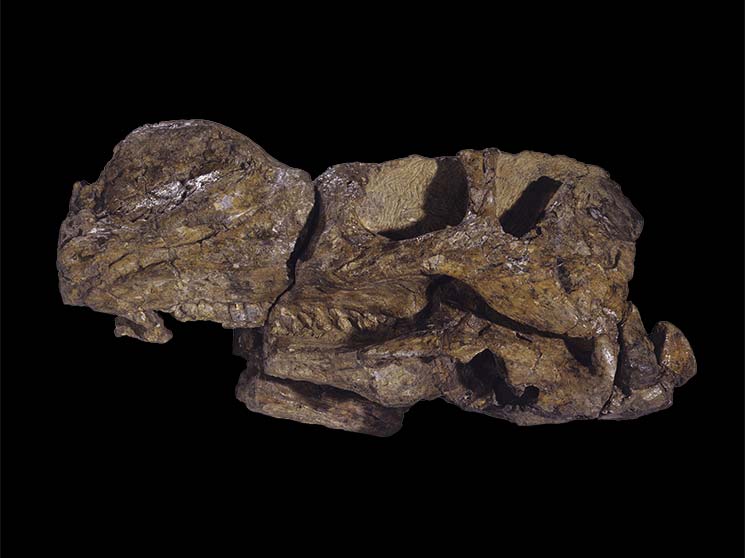 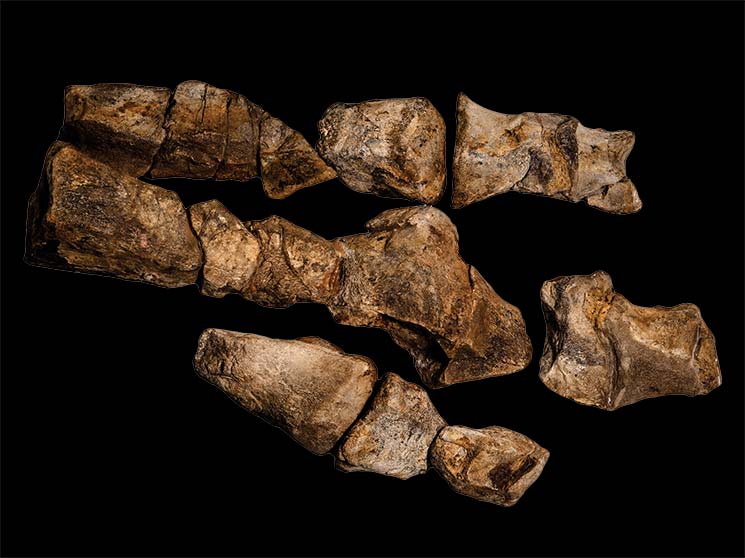 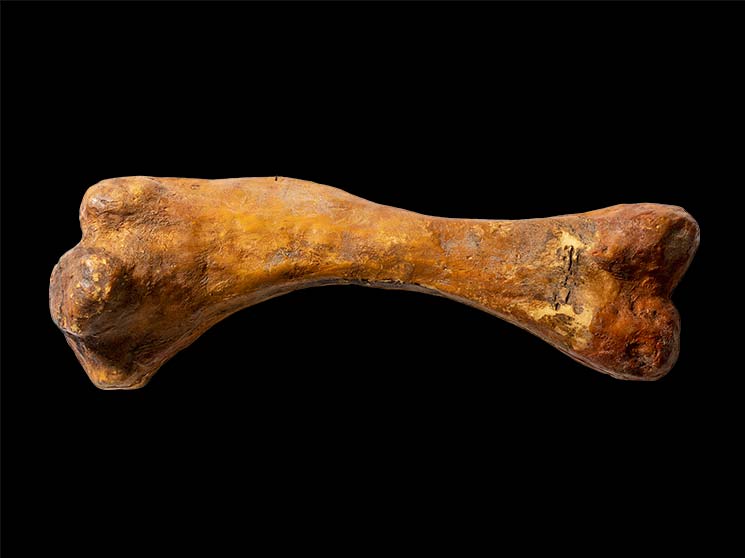 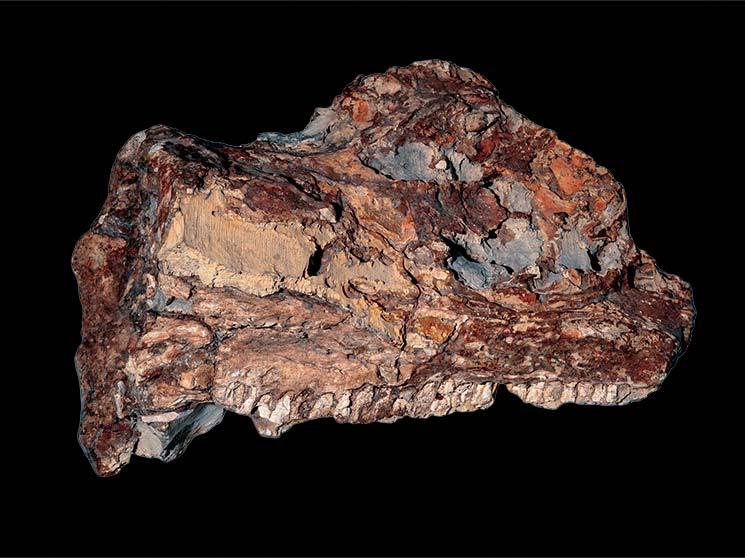 I was an ornithopod dinosaur (which means ‘bird-footed’). This group also includes famous dinosaurs such as the Iguanodon and Parasaurolophus. I differed from other ornithopods as I had an inflated, bulbous snout and a powerful bite with specialised shearing teeth.

How big was I?
I was about seven to eight metres long, which is the length of two average cars.
When did I live and what did I eat?
I lived during the Cretaceous period, about 100 million years ago. I ate plants including seed ferns, ferns and conifers.
Where was I found?

My fossil was found in Muttaburra, Central Queensland, where the Traditional Owners are the Inigai people and Bidjara people. A local grazier, Doug Langdon discovered my fossil bones while mustering cattle in 1963.

About my name
I was named by Queensland Museum Director Alan Bartholomai and Queensland Museum curator Ralph Molnar. My name Muttaburrasaurus langdoni is taken from the town of Muttaburra in Central Queensland and the local grazier Doug Langdon, who discovered the first fossil specimen.
What makes me special?

It was the first Australian dinosaur to be  fully reconstructed as a life-size model. My fossils have only been found in Queensland.
Where can you find information on me?