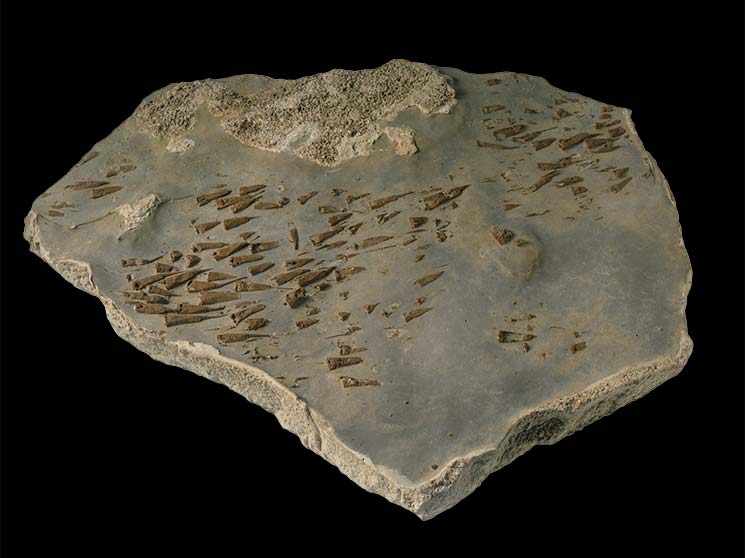 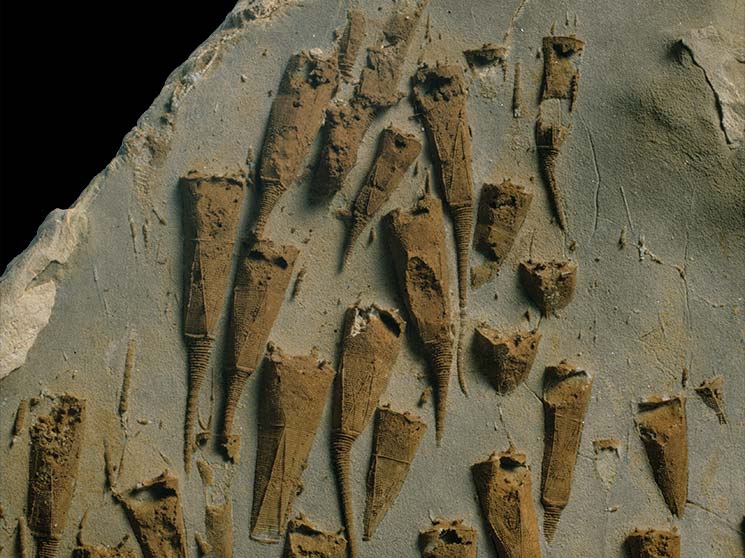 I am a stalked echinoderm that came from the Cambrian seas of north western Queensland and am amongst the earliest known sea lily-like animals. My body, which consists of a complex multiplated skeleton, shares features with some other echinoderms of this age from elsewhere in the world.  Collectively, these echinoderms provide a unique snapshot into the early evolution of the echinoderms, which today include modern crinoids and sea stars.

How big was I?
I was a few centimetres long, which is about as tall as a pinky finger.
When did I live and what did I eat?
I lived in the marine seas of the Cambrian period, about 500 million years ago. I ate plankton and small animals.
Where was I found?

My fossil was found at Duchess, north west Queensland. When I was found, the geologist John Shergold shared this information with Peter Jell, a specialist on this group of fossil animals and former palaeontologist at the Museum of Victoria, who went on to describe me.

About my name
I was named by Peter Jell and University of Tasmanian palaeontologists Clive Burrett and Max Banks. They named me after Mary Lou and David Ridsdale, and Jayne Watson, acknowledging their friendship and support.
What makes me special?

My body plan and the superb preservation of my complex, multiplated skeleton shows I belong to one of the earliest groups of echinoderms. The Cambrian period faunas are very significant because different groups of marine animals first appeared at this time.

My fossils are only known from Queensland.

Located 123 kilometres south west of Cloncurry in Queensland’s Outback, Duchess was an important railway and mining town. Visit Outback Queensland to plan your visit to this location.