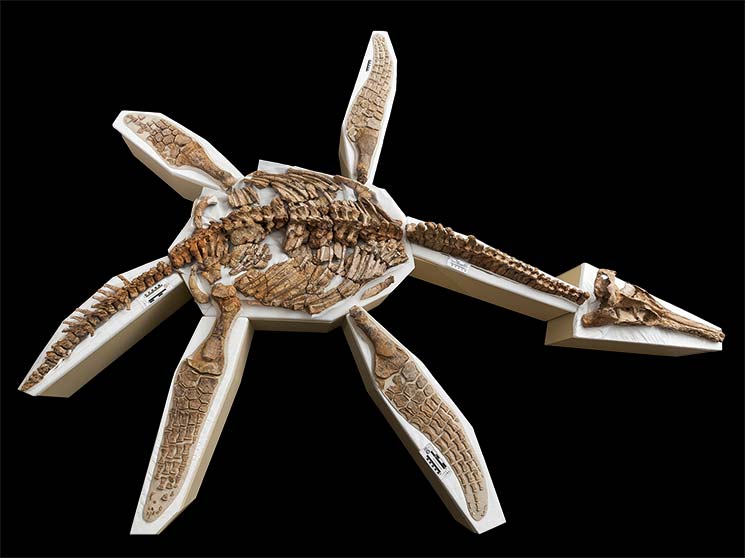 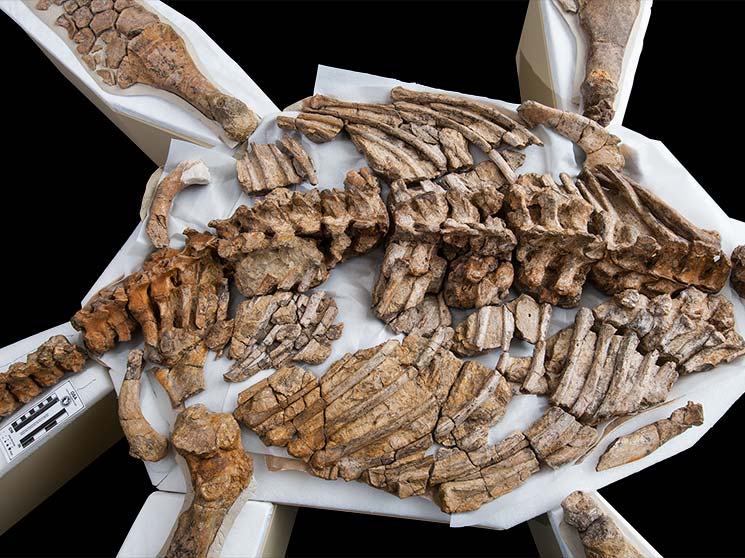 I am a polycotylid, which is a plesiosaur that generally has a short neck and a relatively large head and slender long, narrow jaw. Polycotylid fossils have been found around the world in marine rocks from the Cretaceous period. My fossil shows that I was one of the oldest members of this group, and my fossil skeleton has been spectacularly well-preserved. My fossil is still under study, and I am yet to receive a formal name.

How big was I?
I was more than four metres long, which is longer than an adult carpet python.
When did I live and what did I eat?
I lived during the Cretaceous period, about 100 million years ago. I ate smaller marine animals, such as fish, squid, and possibly turtles.
Where was I found?

My skeleton was found by pastoralist, Ian Ievers at Marathon Station, between Richmond and Hughenden.

About my name
I am yet to be named, but my fossil’s excavation and much of the initial research on me was led by Queensland Museum curator Mary Wade. Polycotylids are a group of plesiosaurs who take their name from the species that was discovered first: Polycotylus. The name Polycotylus means “many cups” and refers to the cup-shaped indent on the front and back of my vertebrae.
What makes me special?
My skeleton is the most complete plesiosaur found in Australia, and one of the best of its kind found anywhere in the world. Researchers have not formally named me as yet, but they have shown that I am a new species and new genus of plesiosaur. I have only been found in Queensland.
Where can you find information on me?

You can find my display at: