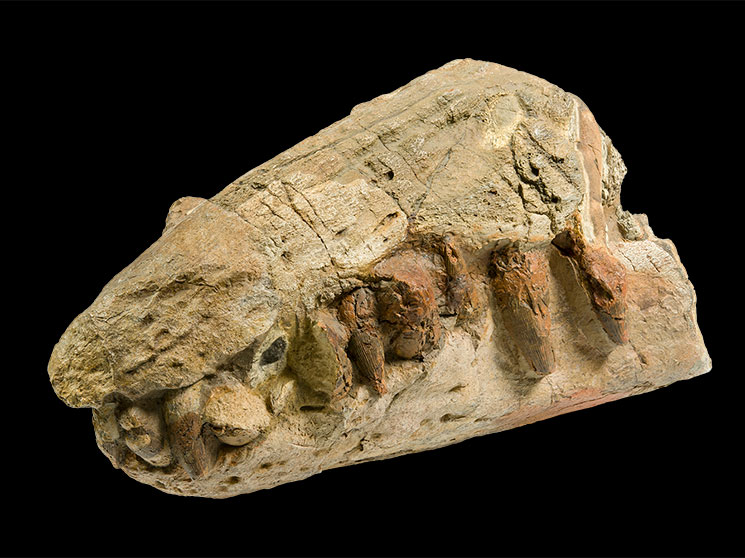 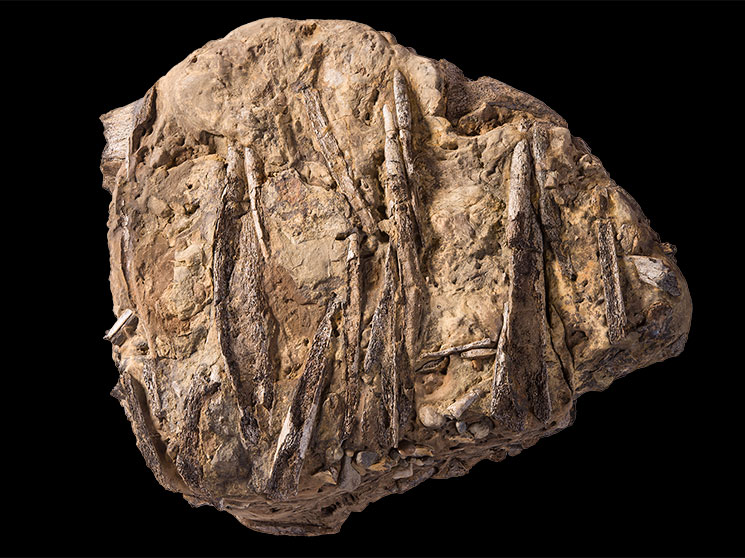 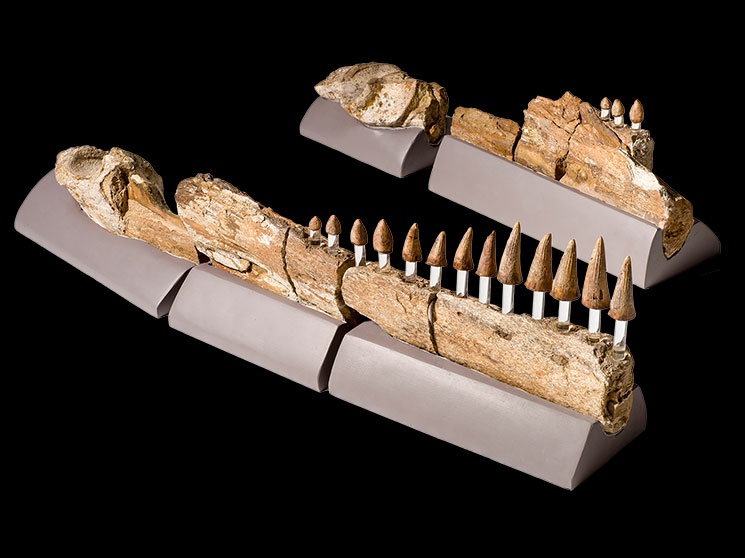 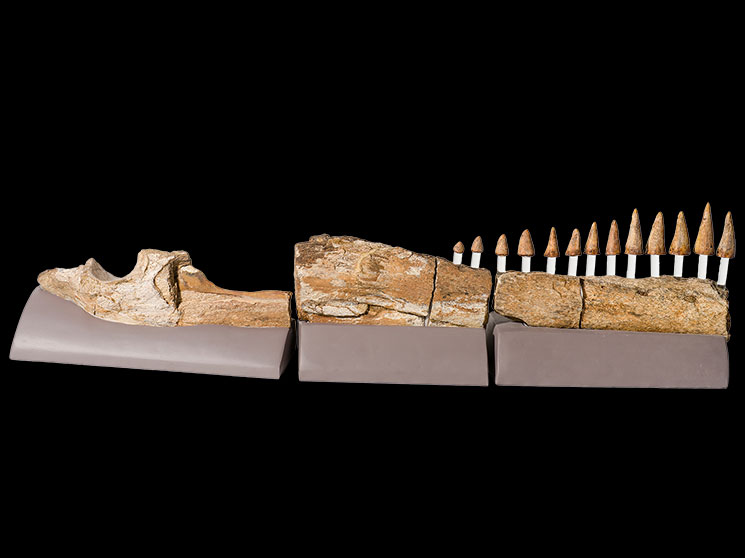 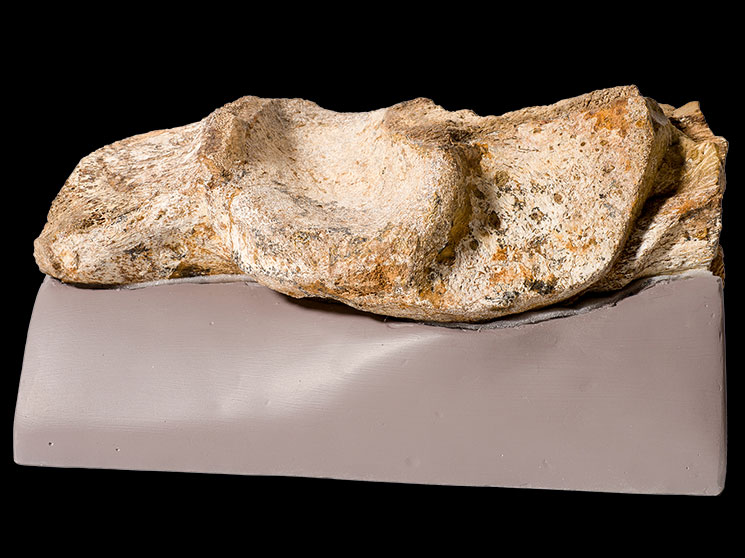 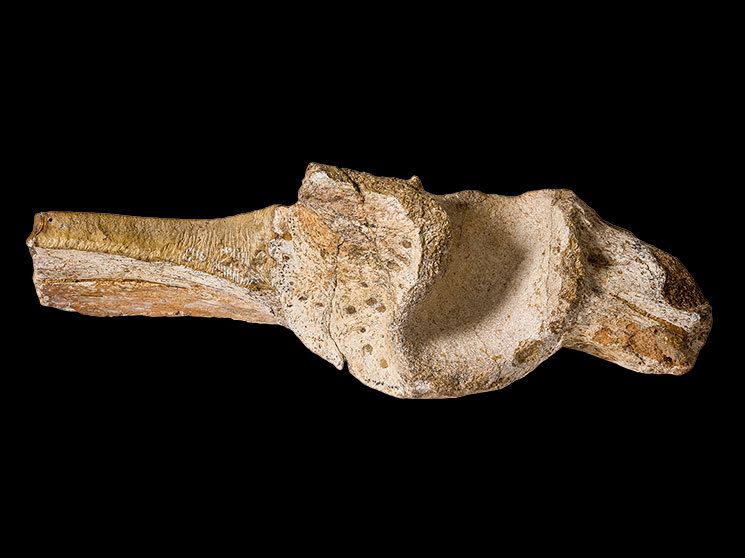 I was a fierce predator—an enormous pliosaur with a massive head, a short-necked marine reptile distantly related to the long-necked plesiosaurs. My fossil jaws contain rows of large conical teeth, the biggest of which were nearly 30 centimetres in length. My fossil remains sometimes include stomach contents, which indicate I fed on turtles, other smaller marine reptiles, fish and sharks.

How big was I?
I was estimated to be a total length of 11 metres, with my skull almost two metres long. This is as long as the width of a tennis court at the Queensland Tennis Centre at Tennyson; my skull alone was as big as a king size bed.
When did I live and what did I eat?
I lived during the Cretaceous period, 98–112 million years ago. I sat at the top of the food chain in these Cretaceous seas and  was large enough to tackle almost any prey.
Where was I found?

My first fossil remains were found near Hughenden, with others later found near Richmond and Boulia, where there are various Traditional Owners groups. My first fossil specimen was sent to the Queensland Museum by Mr A Crombie in 1899.

About my name
I was named by Queensland Museum Director Heber Longman. My name Kronosaurus queenslandicus, refers to where my fossil was found, the state of Queensland, and also the Titan Kronos of Greek mythology, who was so horrible he ate his own children.
What makes me special?
I was the largest and most fearsome predator of the ‘inland seas’ of Early Cretaceous Australia. Nearly all of my fossil specimens are from Queensland.
Where can you find information on me?