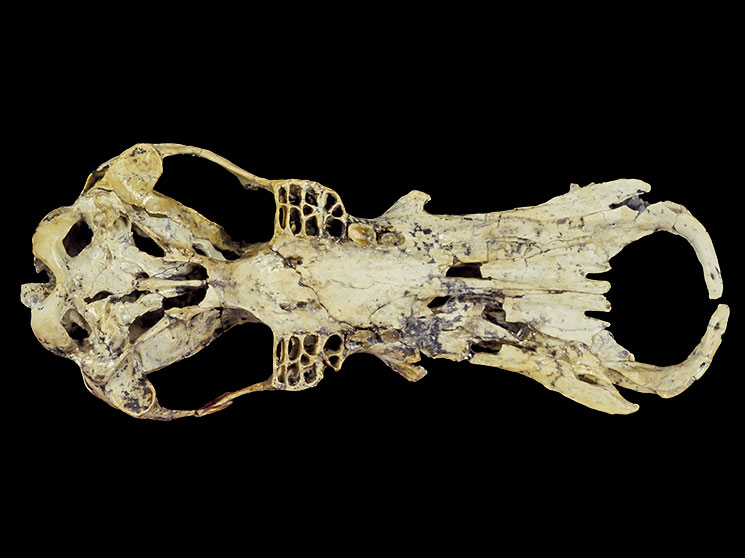 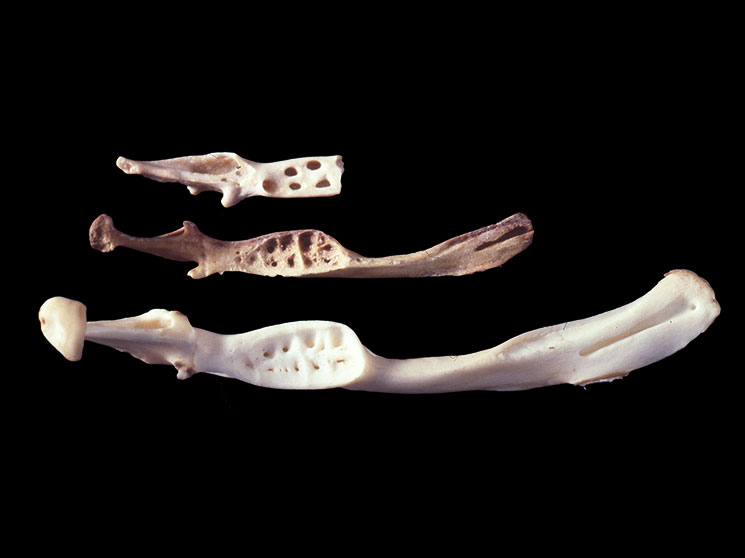 I had a set of small molars that were used to crush prey, like yabbies and aquatic insects. This is remarkable for a platypus, as the modern platypus lacks teeth as an adult, although puggles (young platypuses) have teeth for a short time.

Fossil teeth of monotremes (the group that includes modern platypuses and echidnas) have been found in rocks dating back to the Cretaceous period, but as my skull is beautifully preserved and relatively complete , it has provided insights into how the platypus skull evolved.

How big was I?
I was estimated to be 60 centimetres long, about a third bigger than a modern platypus. This is as long as two rugby league footballs end to end; which you might find at the Queensland Country Bank Stadium in Townsville.
When did I live and what did I eat?
I lived during the middle to early Miocene Epoch period, about 13.5–18.2 million years ago. I ate aquatic invertebrates and possibly small vertebrates.
Where was I found?

My skull was found in Riversleigh World Heritage Area, north-west Queensland, where the Traditional Owners are the Waanyi people. My fossil was found by University of New South Wales staff and volunteers. I have only been found in Queensland.

About my name
I was named by University of New South Wales palaeontologist Mike Archer and his colleagues. My name Obdurodon dicksoni, means “Dickson’s lasting tooth”, which alludes to me having teeth and Martin Dickson who was a key supporter of research at Riversleigh.
What makes me special?
My skull is one of the best preserved and most complete. My skull is so well-preserved that palaeontologists were able to study features of my brain.
Where can you find information on me?

You can find a replica of me at the Riversleigh Fossil Discovery Centre in Mount Isa.